Kayaking Tour in the Abacos

Ricky Johnson, of Abaco Nature Tours took us out for a kayak ride just five miles from High Banks.  It was a delightful tour. 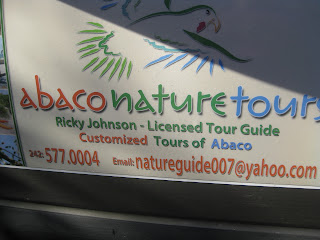 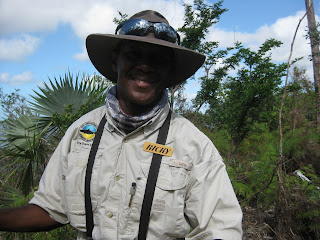 He is very knowledgeable about the plants and birds and points them out as he goes along.  We learned a great deal about our local natural habitat from him, as well as stories about how Bahamians use plants for nutritional and medicinal purposes. He also advised us on a great herbal drink to give to kids who say they are too ill to go to Sunday school.  One look at the drink and they are well again.  He is informative and friendly and really kept us interested in where we are and what we are seeing around us.

A half day tour with Ricky gave me a perspective that I did not have before on the plants and birds that comprise the many micro-environments that  surround us.

Ricky picked us up at 8am and drove us just a short distance from where we live.  He headed up the road toward Marsh Harbour, made a hard left into the woods and we bumped along on a two-tracker until we reached the western side of the island, filled with shallow lakes and canals, and marls that lead to the ocean.  The tide was on its way down, so when we touched our kayaks into the water and headed out, we had an extra push from the tide taking us out.  I figured I had better rest up, because coming back was going to take some heavy paddling. 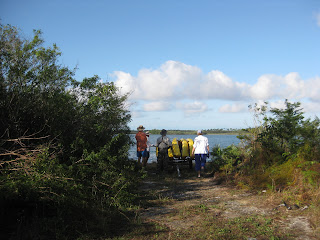 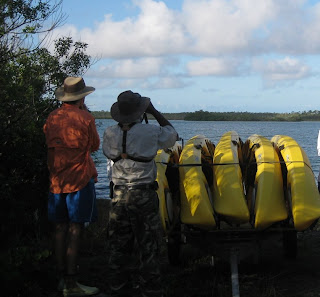 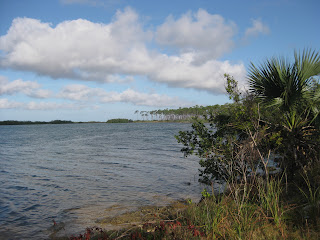 We headed across the lake toward the marls.  Then Ricky signaled for us to go right into the marls with our kayaks, into tunnels of roots that made a really beautiful canal.  We could see small fishes around us everywhere.

The water was rough and pushy on one side of the marls, and beautifully peaceful on the other. 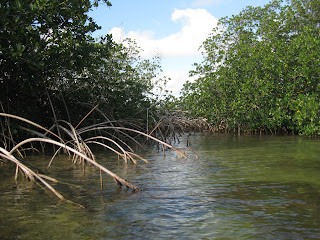 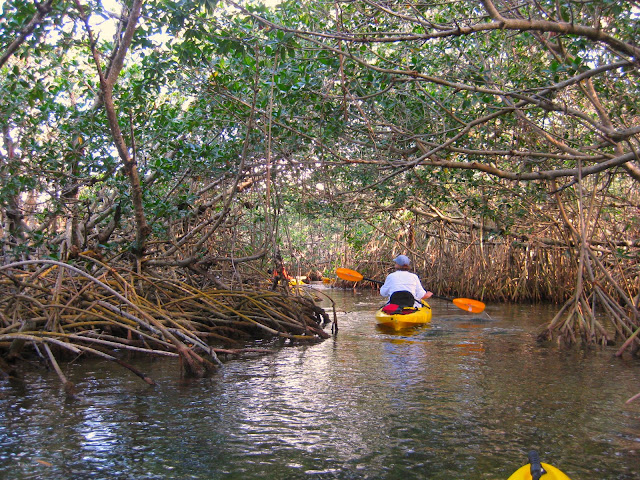 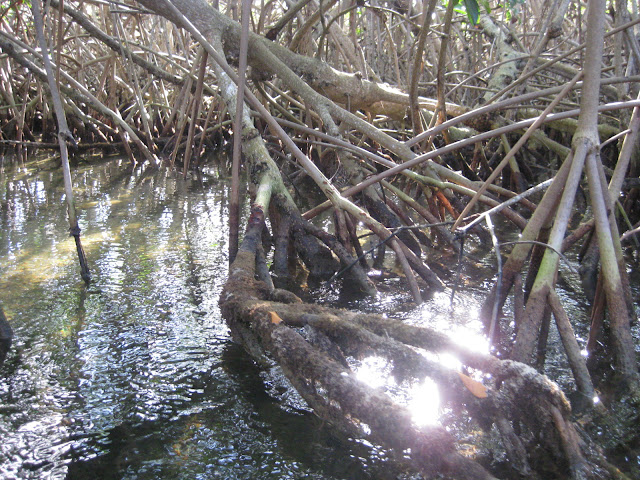 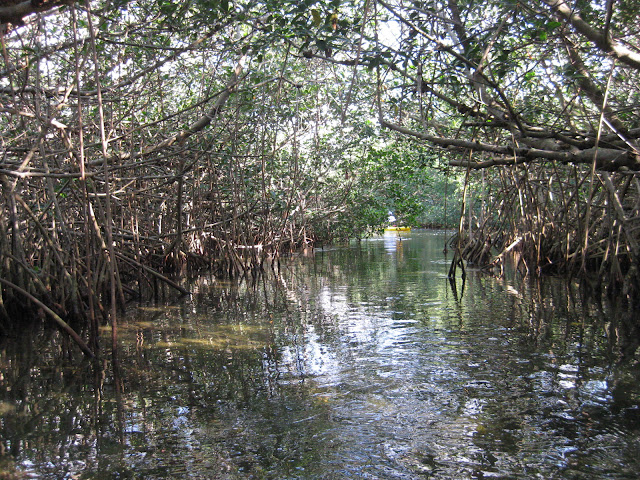 Ricky grabbed a red mangrove root and we all joined him and sat there and chatted about where we were and what we were seeing.  We rested up, knowing that we had to push to get back. 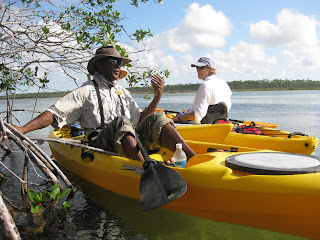 Then we turned around and headed back to the shore to head home, through the tunnels and out into the open, wind-pushed tide-driven lake. 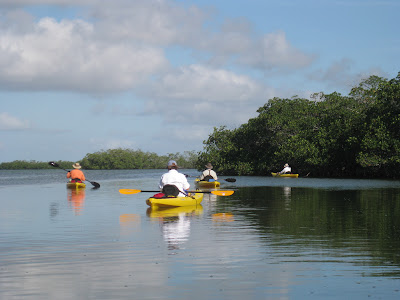 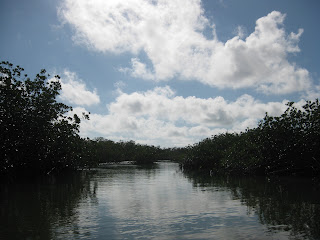 He held our interest by pointing out the birds and plants of interest on the way back.

In all, we probably traveled ten miles, of which one or two of them were in the ocean water.  Yet in this short half -day trip we discovered a great guide and a very interesting tour of our area, listening and learning, and paddling.  Great fun.  I really recommend it.
Posted by Mary Chamie at 6:38 AM