After Sandy, What Next?


Hurricane Sandy raged through the Caribbean causing much damage, destruction and death  We wondered what she would do next as she roared up the eastern sea coast.   There was so much commotion in the news about her impending arrival

Almost exactly one year ago, we were warned about the dangers of Hurricane Irene.  Would this be a situation where the bark of the dog was bigger than its bite?  We had survived Irene relatively unscathed. Were these warnings the real thing this time?  Public news announcements and warnings continued throughout the day  and along with everybody else we prepared for the storm.  We filled up jugs of water, bought a battery operated radio, checked for candles and matches, stored some extra food and wood for the fireplace, then hunkered down and waited.


Toward evening, the winds  started to blow more incessantly.  In the early evening we looked out our window into the valley and saw what looked like fireworks as transformers exploded and sparks flew.   Soon after, we watched most of the village go black.  It was 8:25pm and most of us had no electricity.  We watched the fireworks, the whipping trees, then finally went to bed.  Then at around 3am my husband and I awoke at the sound of an enormous crash.  We looked out the windows, counted all the trees and didn't see any missing.  When we opened up the front door to see what we might see,  we heard the winds roaring over our heads, sounding like a train going by.  Eventually we went back to bed and fitfully slept, waiting for the morning light.

Down by the Hudson River, there was a lot of water damage and flooding.  I took this photo of the river from our local library.

Once the rains and winds calmed down, we grabbed our jackets and went outside to see what was happening. Fallen trees and branches were all around us.  Some had fallen on cars, some on homes and some across electric lines and onto the street.  The damage was considerable.

After several days, we also drove an hour away and checked out our seasonal cottage up in northwest Connecticut.  Although our little cottage was fine, our neighbor's was damaged very severely by a fallen tree.

On the way we witnessed lines for gasoline that were very long and sometimes used police management to keep the lines orderly.  My husband counted 52 cars in one line, just waiting for gas to be pumped.

For the following week, wind and water damage and shortages of electricity, gasoline and heat was all we talked about.  We shuddered to learn of the deaths and destruction that happened, especially along the coast. Commuting stopped.  Schools were closed.  Businesses also closed, or opened their doors under difficult conditions.

From a personal point of view, we were very lucky. Many homes were severely damaged by water and some were destroyed. Our home was not damaged by the storm.

Here are some personal examples of ways that our own situation changed that week we had without electricity, internet, or telephone.

First, we came up with a very fancy heating system in the kitchen by filling up pots with water and heating them up on the stove and letting them radiate heat.  It sort of worked.  We felt lucky that the top of the gas range worked. We reverted to lanterns and candles for lighting.  And we went to bed early. 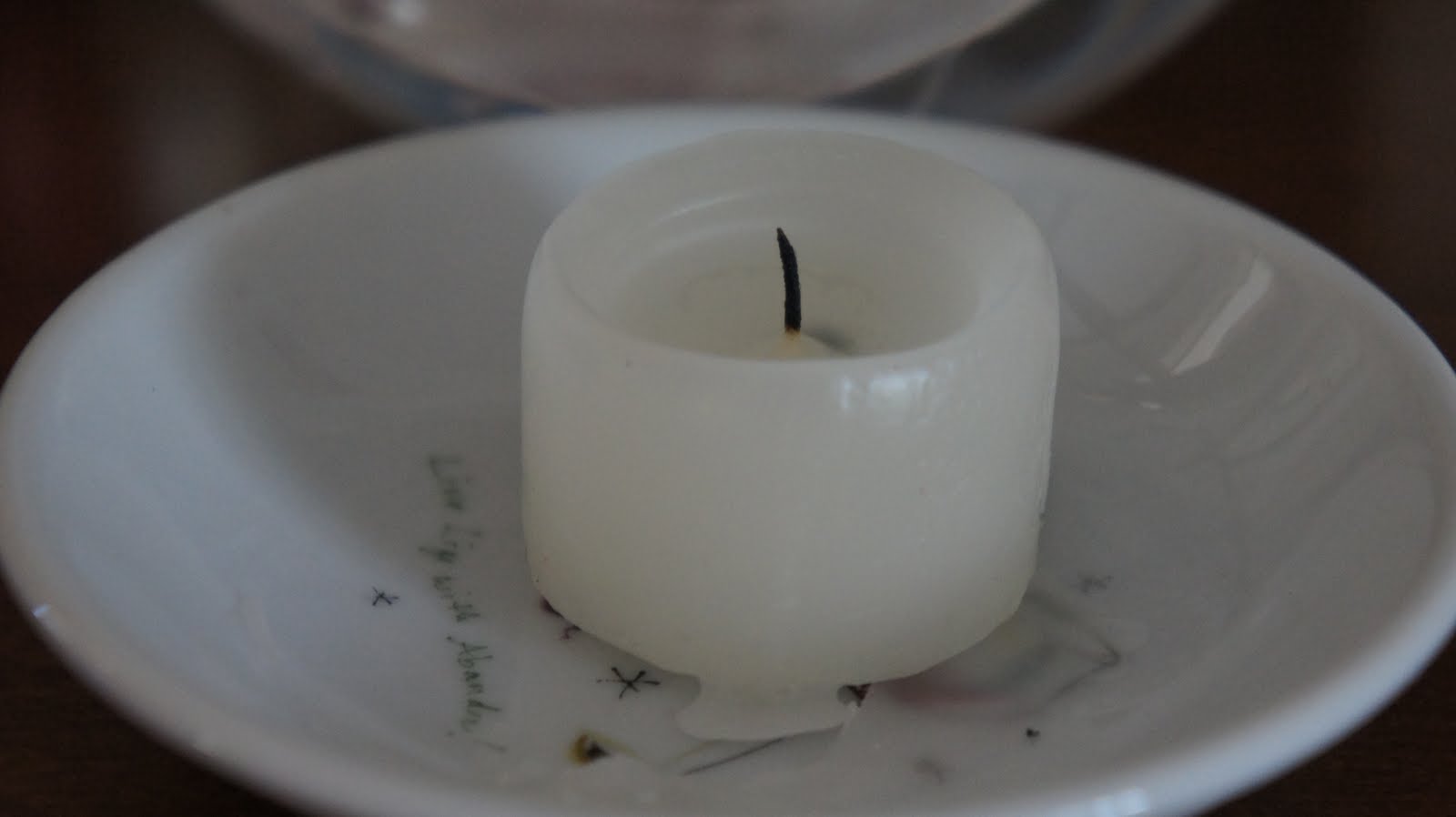 Then, things got better for us personally, when our neighbor shared a line from his generator with us, allowing us to have a light in the kitchen and to use his internet.  That was a huge improvement.  Everybody pitched in and helped out.  On the whole, there was very little complaining and a whole lot of good spirit.

We were also lucky because we have a gas hot water heater that continued to give us hot water.  Numerous people came over and showered at our place.  It felt good that we had something to offer.  But here we are, more than seven days away from the storm, and we still have a lot of people without heat, light, or in some cases, even a home.

There are still roughly 500 households in our little village that have no electricity, and we are expecting a pretty big storm tomorrow.  People are worried about how the northeast will handle this big storm so soon after Sandy.

We got an email message from our Hastings mayor, Peter Swiderski this evening that updates us on the situation and also very effectively summarizes the frustrations that we feel.

Here is the first part of his message:

Perhaps the most frustrating day yet – aside from some assessment teams looking at the remaining damage, not a single restoration crew was in town today.  Not one.  Con Ed offered no good explanation other than they were allocated elsewhere and they once again proved a disconnect between what they say in the evening and what happens the next day.  Howls were met with apologetic shrugs.


The mayors of the various village and towns in the Con Edison service area are experiencing very similar frustration – teams yanked unexpectedly, unreliable predictions, poor information. When this crisis has passed, there will be hearings and inquiries on these issues – very clearly, while this storm presented a historic challenge, there are huge issues with Con Ed’s resource allocation, information provision and planning. A number of residents reported Con Ed robocalls in the evening indicating they would be lit this morning, only to wake to the crushing disappointment of nothing but cold and dark.  Cruel. I can only say that if you are without power, about the only thing Con Ed can say for certain is that it will be restored.  Believe nothing about when until the lights come on.  I’m sorry to be so blunt, but I have seen too many people just crushed.

Almost too much to consider, the upcoming storm expected tomorrow is predicted to start mid-afternoon involve rain and wind and proceed through the night.  Locally, it is likely to involve sustained winds of 20-30mph winds with gusts of forty or more.  It may turn into the a wintery mix overnight.  YOU ARE STRONGLY ADVISED TO SLEEP IN A LOWER STORY AWAY FROM POSSIBLE TREE IMPACTS if there are tall or overhanging trees in the vicinity.  They may be weakened and this may be just what they need to go over. If you are unheated, and have doubts about handling temperatures likely to dip five degrees colder than we have seen, please accept the offers of housing from the Village or your family and friends.
We can only hope and pray (hard) that the storm will stay far enough to sea so that it impact is lessened.  I hate to say it, but bring the flashlights and lanterns out, line up the batteries, and brace for impact. We just don’t know for sure, but I think we’ve learned to have an abundance of caution."


Our mayor said it perfectly.  We don't know when things will get better for our neighbors.  And we are not happy with the current outcome.

It is not clear what this next storm holds.  But there are predictions of snow and cold while people are still without heat.  This has been a very fragile repair job to our electric lines, to the distribution systems, roads and homes, and I am not sure that things will hold with a storm so immediately following that blast we just received from Sandy.